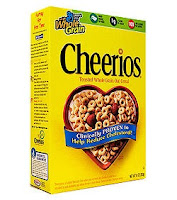 If I wrote about the racist incidents I experienced just yesterday, which are pretty much like any number of events I experience every day (I haven't left the house yet today) black folks would be nodding their heads in shared understanding. My white friends would do what they always do and busily offer explanations that include anything and everything but the obvious racist truth. 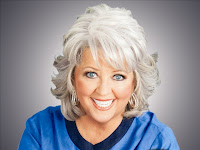 I want to stop blogging about racism but honestly, white people give me plenty of cannon fodder on a daily basis. Particularly people like Paula Dean who don't understand how the idiocy and evil of their casual racism makes it easy for people like Trayvon Martin to wind up dead.

The death of Trayvon Martin begins with the punchline of racist jokes that go unchallenged. Of stereotypes that are constantly repeated. Of media coverage of Cheerios commericals that never manages to point out that white people are posting racist comments. 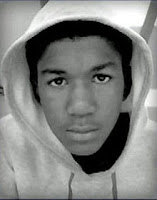 Most articles point out that "racists" or "some people" have a problem with the commercial holding fast to the fiction that those racists and people are white people. Racism can no longer be labeled white because we've been told so often that "everyone is racist" and "we all have prejudice" so often that we miss the obvious truth:

There are oppressors and the oppressed. There is a dominant group and there is a group that is being subjugated. The issues that black people have with whites are not the exact and polar opposite of the prejudice white people hold towards black.

These issues are separate but they are not equal.

To believe this is to believe a lie. Black reticence to embrace white people is strictly born of the hatred, fear and racist born discrimination and ostracism directed towards black people by whites.

They say it's the same, but it's not the same.

One is a survival instinct of a deadly attack. The other is merely the relentless attack.

The media refuses to co-relate these issues. To them the issues of the Cheerios Commercial and Paula Deen's Racism and Trayvon Martin's death have nothing to do with each other let alone have anything to do with the Supreme Court weakening black voter rights or "stop and frisk" style racial profiling or the constant racial attacks on our current President.

The media doesn't see these issues as related. With racism, as with much else, they are so busy looking for the next scandal to feed the 24 hour news cycle they cannot be bothered to connect the dots and follow the bread crumb trail right back to the YouTube commenters and Paula Deen's of the world who aren't even sure that white people using the n-word is racist.

I will save you some trouble: yes, it is racist for white people to use the n-word.

Yes, the people who deny the existence or rightness of people of different "races" to be portrayed in a Cheerios commercial are wrong.

And yes, the logical conclusion of all these sentiments is the death and erasure from existence of young men and all people who look like Trayvon Martin.

Posted by ThatDeborahGirl at 3:32 PM