I'm  off work today and it's simply lovely to indulge in the luxury of literary fun and conversation.

A few months ago, I discovered an absolutely scrumptious literary blog called Relevant Obscurity. I can't even begin to explain how I love to sit down with a cup of just about anything and read this blog. RO introduced me to the Louisa May Alcott Challenge, which honestly, I was simply too busy to participate in. And I've already read Little Women (and by default Good Wives), Little Men, Jo's Boys and An Old Fashioned Girl (parts I & II). And when I say I've read them, I've read them many times and can quote several sections at great length, so as much I would have liked to have spent the time covering some new Alcott stories, I don't feel so bad about what I've already done.

I first came across Little Women in The Children's Hour collection that my mother bought along with a set of encyclopedias. 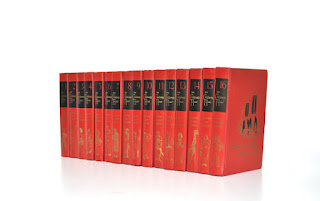 I loved these books growing up. They start out simply and get progressively harder and the stories get a bit longer with each book. We had all sixteen and still do in storage somewhere. This collection includes the first chapter of Little Women and I was surprised later to find out that it was an entire book and only when I came across a chapter of an "Ellen Tebbits" book, did I realize that all of the stories were excepts from whole books, sending me on a search for the entire books from my favorites. Most of which I never found, but of course, Little Women was right there in my school library.

Laurie Welch writes Relevant Obscurity and after a wonderful conversation about Rilla of Ingleside, it was nice to go back and read her review of Little Women and see her progress in the LMA Challenge. I wanted to write back a comment, and having never learned to be succinct, my comment ended up being longer than her post!

Rather than unfairly taking up her comments section, I thought I'd just share my bit here and link to it.

So! My two cents about LMA: LMA preaches against preaching but even so, she can't help moralizing a little. The best impression gleaned from LMA is that good manners and kindness never go out of fashion, whatever else may come and go. That's an especially apt lesson, even to the present of day of cell phones and social media.

If there are any easter eggs in LMA's books, they are her asides on several matters. Her comments are not remotely subtle and are sweetly, killing, almost sarcastic additions to her prose that give her the last word for all time, in case anyone was in doubt about how she felt.

In "Jo's Boys," LMA writes an entire chapter called "Jo's Last Scrape" that is obviously a parallel description of how she mainly wrote for money and was as more surprised than anyone that "Little Women" had been a success.


Things always went by contraries with Jo. Her first book, laboured over for years.. .foundered on its voyage... The hastily written story, sent away with no thought beyond the few dollars it might bring, sailed with a fair wind and...came home heavily laden with an unexpected cargo of gold and glory.

The world saw the prosperity...but the success Jo valued most, the happiness that nothing could change or take away, few knew much about.

It was the power of making her mother's last years happy and serene; to see the burden of care laid down for ever, the weary hands at rest, the dear face untroubled by any anxiety, and the tender heart free to pour itself out in the wise charity which was its delight.

LMA also writes quite blatantly about how tedious and annoying she found the idea of being famous. "Jo's Last Scrape" is actually the irony of liberty loving "Jo" suddenly being unable to go out without being recognized and the box it put her in. She also covers the same topic of fame not being all it's cracked up to be in "An Old Fashioned Girl" where she disguises herself as "Kate."

The fame she never did quite accept; for it takes very little fire to make a great deal of smoke nowadays, and notoriety is not real glory. The fortune she could not doubt, and gratefully received; though it was not half so large a one as a generous world reported it to be.

My children, beware of popularity; it is a delusion and a snare; it puffeth up the heart of man, and especially of woman; it blindeth the eyes to faults; it exalteth unduly the humble powers of the victim; it is apt to be capricious, and just as one gets to liking the taste of this intoxicating draught, it suddenly faileth, and one is left gasping, like a fish out of water," and Kate emphasized her speech by spearing a sardine with a penknife, and eating it with a groan.

... Fanny took a good look at her, wondering if the time would ever come when women could earn a little money and success, without paying such a heavy price for them; for Kate looked sick, tired, and too early old.

Lastly, it seems LMA also took a lot of fan girl flack for not letting Jo wind up with Laurie, much the same way JK Rowling is still getting flack for Hermione Granger not ending up with Harry Potter or any other fandom not ending the way fans thought it should. LMA begins the last chapter of "An Old Fashioned Girl" with what has to be the greatest "Oh snap" in literary history.

"Come, Philander, let us be a marching,
Every one his true love a searching,"

WOULD be the most appropriate motto for this chapter, because,intimidated by the threats, denunciations, and complaints showered upon me in consequence of taking the liberty to end a certain story as I liked, I now yield to the amiable desire of giving satisfaction, and, at the risk of outraging all the unities, intend to pair off everybody I can lay my hands on.

LMA also got tired of fans clamoring for new stories and actually threatened to kill off the March family but gives them a reprieve, deciding that they all pretty much lived happily ever after


Jo March on answering fan mail:
"I will answer this myself. A little sick girl wants a book, and she shall have it, but I can't write sequels to all the rest to please her. I should never come to an end if I tried to suit these voracious little Oliver Twists, clamouring for more..."


LMA at the end of Jo's Boys:
It is a strong temptation to the weary historian to close the present tale with an earthquake which should engulf Plumfield and its environs so deeply in the bowels of the earth that no youthful Schliemann could ever find a vestige of it. But as that somewhat melodramatic conclusion might shock my gentle readers, I will refrain, and forestall the usual question, 'How did they end?' by briefly stating that all the marriages turned out well. The boys prospered in their various callings; so did the girls...

And now, having endeavoured to suit everyone by many weddings, few deaths, and as much prosperity as the eternal fitness of things will permit, let the music stop, the lights die out, and the curtain fall for ever on the March family.

I find that I turn to the books of my girlhood when I am troubled about something. Anne of Green Gables and Little Women have life lessons that deepen and change with maturity and understanding.

Recently, when I adopted a child, I found myself reading Anne over and over again. It's amazing how, despite the sweetness of the stories, they do cover the real feelings of ambivalence over adoption.

Likewise, I read Little Women and An Old Fashioned Girl when I'm trying to make up mind what to do about things - spiritually, morally. They're not so much guideposts as reminders - that life's great questions are only as complicated as we make them. And that good manners and kindness really never go out of style.
Email Post
Labels: An Old Fashioned Girl Anne of Green Gables Deb's Bookshelf Deb's Life Jo's Boys Little Men Little Women Louisa May Alcott Louisa May Alcott Challenge Relevant Obscurity The Children's Hour collection 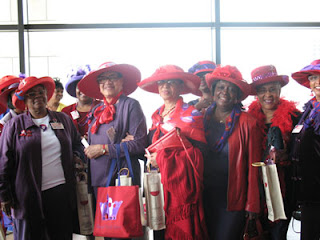