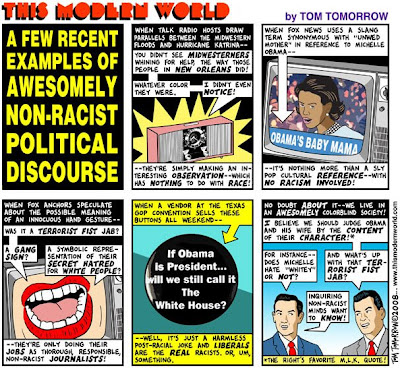 The business I worked for closed their doors June 1, a victim of the foreclosure crisis. They were an environmental inspection firm. Their clients were some really big names - none of whom can now get financing for any of their buying or building projects - the residential foreclosure crisis is still in full sway and it's also hitting the commercial real estate industry almost as hard.

It's funny. We've known about this for a while now. All of us have been looking for other jobs, working together and working around each other for interviews and such, free to come and go as need be, trying to hold up the ship while it sinks until the last person is off. I've found another harbor but I can't say I like it very much. And so I'm taking a suggestion from George Bush and going back to school for "retraining". I'm taking up Multi-media and Web Design (MWeb) at Cincinnati state. I started classes last week.

It's very interesting working full time and going to school on what they call 3/4 time which is really just one credit hour shy of full time. But honestly, one more credit hour might have just tipped me over the brink from extremely busy to complete insanity. I've finished my first few assignments but I see it's going to be a relentless round of work for ten weeks at time, every term.

All that being said, I'm taking donations for the cause. I'd be most appreciative if you'd donate a dollar or two to what I'm calling the Deb-Lite Re-Education Project. I've never solicited donations on the site before but I've never gone back to school before. If you feel so inclined, please do. You will not find me ungrateful. You'll have to drop me a line for my name and student ID# to donate at this link under Guest Deposit.

**************
A few posts ago, I wrote a blog post called White People, Wake the F*ck Up. I wasn't so much angry when I wrote it as exasperated by the non-issue of Rev. Isiah Wright in relation to Barack Obama's campaign to be the Democratic nominee.

I was also tired of what, Obama calls in his book The Audacity of Hope, "the petty slights" that white people inflict from time to time. Tired of grinning in the face of white folks to prove I'm "safe". Tired of getting followed by cops three days in a row on my way to school for over a mile, knowing they're running my plates and helpless to do anything about it in a supposedly "free" society. Tired of biting my tongue to bleeding and refraining from choking the hell out of the lady in the cubicle next to me who, when talking about her daughter's tanning fetish, turns to me and says, "You already have a pretty tan. You don't have to worry about that do you?" as if my skin color is a prerogative. I was tired, tired, tired and it ended up in kind of rant, that I'm not sure I’m completely sorry for, but one I’m definitely embarrassed about.

Obama has since clinched the nomination and what I thought then has truly come to pass. The eye had not seen nor the ear heard the length, width, and breadth of backhanded racism to come from FOX News, Karl Rove, John McCain himself and even the entire state of West Virginia.

The latest being that Karl Rove says Obama is "arrogant" and McCain says "Obama's word cannot be trusted" which, as the nearest black person can tell you is barely politically correct rhetoric for calling Obama a lying uppity negro.

Yet and still, now that I've started school, I encounter white people every day who encounter black people every day. This is very different from the white people I work with every day, some of whom, I'm the only black person they see on a regular basis. First there's not the "shock and awe" factor. White people who aren't expecting to encounter black people go through some of the most interesting and downright amusing facial and body language contortions I've ever seen. I try to be understanding and furthermore, I try not to laugh but it's very hard. Why should it be so much harder to meet me or any other black person?

Secondly, white people who encounter black people every day know that they don't have to censor every little thing they say. Or they've already worked out and have enough practice with "what not to say to black people". They tend to strike just the right note of casual or better yet, truly don't give a damn and just treat you like a fellow human being.

And there are more and more of these people, every day. More and more white people are waking up. Many that have been awake and are truly making an effort.

It's simply not true and I was wrong. And for this I apologize. Because although there's still a lot of bigotry and racism left to conquer - I still can't get over the fact that I was ashamed to give my blog card to a very nice young woman who shared her book with me in class and asked for my phone number to be study buddies. When people ask for my number, I usually just scribble it on the back of a blog card, thus giving out my information all at once and possibly gaining another reader.

But I didn't want her to see what I'd written and so, I wrote it out on a piece of notebook paper instead. The implications of that were unmistakable, so I'm changing it.

For the first time in three years of blogging, I'm taking a blog post down. I'm acknowledging it here and Google cache will keep it for longer than I'll ever want to remember. I'm going to go the additional penance of emailing the post to anyone who requests it. There is some truth there even if it is tinged with emotionalism and bigotry of my own.

No excuses, just an apology and and acknowledgment that I'm still learning, still growing, very human and prone to mistakes.
Posted by ThatDeborahGirl at 10:55 AM No comments: Links to this post

Deb's Bookshelf: In This House of Brede 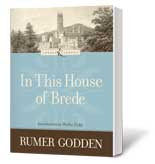 From the cover
This extraordinarily sensitive and insightful portrait of religious life centers on Phillipa Talbot, a highly successful professional woman who leaves her life among the London elite to join a cloistered Benedicting community.

Excerpt
The Second vow was the famous Benedictine "conversion of manners". . . it was an entirely different way of thinking from the world's," and it turns your ideas topsy-turvy," said Hillary: self-effacement instead of self- aggrandizement; listening instead of talking; not having instead of having; voluntary poverty.

**********
On Ash Wednesday afternoon each nun had to give in her poverty bill, an exact amount of everything she had in her cell, and, if she had one, in her workroom. "We don't want to collect things," Dame Clare explained to her novitiate. No nun, from the least to the most important, escaped.

"Everyone should have the same," was the hothead cry of some. "If you pause to think, you could not say that," she Mother Prioress in mildness. "Dame Agnes, for instance, may need twenty books; Dame Perpetua needs one, as she would tell you herself, or perhaps none."

*********
"They are good dear girls," Dame Ursula often said of the novitiate - it did not matter which novitiate - "If only they wouldn't be so ardent. They want to sleep on planks, go barefoot, which isn't necessary, but they won't use up a reel of thread, or make a pencil last, or darn or patch, which is necessary," and "What is the use,"she said to Philippa, "of taking a vow of poverty if you look to the house to provide you lavishly with everything you need?" Phillipa had to smile at the thought of Brede being lavish. "And our poverty," Dame Ursula taught, doesn't simply mean doing without - a great many poor people are niggardly hoarders; it means being willing to empty yourself, be denuded, giving and giving up.

**********
There was always this emphasis on giving - being fit to give. "A monastery or convent is not a refuge for misfits or a dumping ground for the unintelligent," Abbess Hester had often said, "nor for a rebound from from an unhappy love affair - though a broken heart can often find healing in one of the active orders, it will not do for us - nor are we for the timid wanting security nor the ambitious wanting a career," and "Anyone who comes here with the idea of getting something is bound to fail," Dame Ursula warned all her postulants.

"But every human motive is, in some sense to get, to find," Phillipa would have argued, "if only satisfaction." Yet the paradox remained: Only by giving completely was there any hope of finding.

*****
Not a year goes by that I don't eventually decide, "I must visit Brede Abbey." I drop all my usual pursuits and spend all my spare time for days reading Rumer Godden's, In This House of Brede.

I originally read this book in it's Reader's Digest Condensed Version and I liked it so much, I eventually purchased the full version. Mostly the Condensed version gets it right (there was a movie as well which does not). The fact that they were able to convey the essence of the story in abridged form is almost a miracle. However the unabridged version is richer and provides a wealth of detail that is awesome in scope and yet impressive in it's brevity.

Good books always have a moment where you can point out a feeling of empathy with any given character and say, "That's me. I've done that, felt that," and you have a shared moment with the character that brings them alive for you.

However the best books challenge and change you and this book has definitely done this for me. It's new every time I read it because I'm at a different point in my life every time I read it. But the sense peace and "time outside time" have been unchanged each and every time.

This book helped me to finally find the courage to eliminate some of the clutter in my life, physical and mental. It is fine fictional depiction of a journey into discovering Christianity but it can also be read as the journey of finding peace with one's own life and the timeless story of finding your destiny in the most unlikely places.

Definitely a life changer and not to be missed. I'm glad just to be able to share it with you.

Rumer Godden: In This House of Brede
Posted by ThatDeborahGirl at 9:06 AM 2 comments: Links to this post

Posted by ThatDeborahGirl at 9:52 AM 2 comments: Links to this post