Not long ago I had an experience with Mitch Painter, who is running for Cincinnati City Council, that really left me angry.

I posted about it on my blog and I shared my experience with Jason Haap, also known as the Dean of Cincinnati. Jason runs a very popular media activism blog, The Cincinnati Beacon, which notably, may well be the first blog to actually move to a print edition.

I really like Jason. I've worked with him and he's given attention to several stories here at Deb Lite. When I told him my story about Mitch, Jason said he'd heard similar things elsewhere but also that he'd met him personally and felt that Mitch was, "A good guy." Even so, he would take my words into consideration.

He said he would write about Mitch but he hasn't and that's a shame. I gave him several items that I was willing to go on the record about as far as Mitch was concerned. Still no dice.

In addition to my personal issues with Mitch, I feel that Mitch Painter is a bigot and a slumlord. I found Painter to be decidedly unprofessional, unintelligent and a horrendous speller.

This is my own humble opinion and far be it for anyone to preach this as gospel. But I am writing it on my own blog as my own opinion and Mitch would have to go a lot further than what he has done- namely sending me a one-line email of apology- to prove to me otherwise. I loathe to think of this type of person in our City Government or really, in a responsible position of any kind.

Just to make this patently clear: I don't feel Mitch is a good guy.

As for Jason, he is welcome to feel about Mitch whatever he wants. As can Nate Livingston at Cincinnati Black Blog, who wrote in his Council Predictions for September that even though he "can't seem to get a feel for Painter," Mitch has "a chance, even if it is a weak chance."

I responded on Nate's blog with the following: Mitch Painter can kiss my ass. I also provided a link to my story saying why. Still no dice.

Now both of these men tend to go after incumbents and candidates, even ones they like, with a tenacity that pit bulls would envy. Nate and Jason both hold wide and varied opinions. They have exposed powerful truths that others would rather see swept under the rug. They are sometimes written off, I feel wrongly, as partisan to their own causes. But I have seen them read the riot act to politicians that they have supported and I have seen them praise the worthy actions of people they otherwise don't agree with.

So, I guess I write this to vent a little and also as a warning to them both. If Mitch Painter slides on to Cincinnati City Council- much as Leslie Ghiz did, because she looked nice and everyone was looking in the opposite direction- only to wreak havoc later, it will not be because someone didn't speak up.

I am asking them both to take another look at Mitch Painter. To dig a little deeper and make sure that if he gets on council, it's because Painter fought for it and has to answer some hard questions about who he is and what his agenda for Cincinnati will be. Nate has already pointed out that Mitch didn't even bother to show up at a forum for Council Candidates but the buck must go further. (See Nate's Post Grading Council Performances in Northside.)

I don't want Painter given a free pass just because he hasn't said much yet or just because he's this gay friendly guy with a nice smile and an aw-shucks manner that belies who is he underneath. Cincinnati Council needs gay friendly people, but they don't need Mitch Painter.

Just to make this patently clear: I don't feel Mitch is a good guy.
Posted by ThatDeborahGirl at 10:20 AM 15 comments: Links to this post

Jena or Cincinnati; I See No Difference

This article says everything I ever wanted to say to black folks in general and white folks in particular about how I feel about racism and what's happening in Jena, Lousianna.
Posted by ThatDeborahGirl at 1:16 AM 1 comment: Links to this post

From: "mitch painter"
Posted by ThatDeborahGirl at 7:08 PM No comments: Links to this post 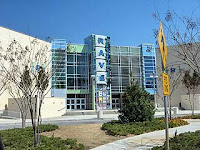 To Whom It May Concern:

My experience at the Rave Theater was simply dreadful last weekend.

We sat in the theater and watched several commercials after paying for a ticket. Movie trailers are one thing, but outright commercials are horrendous and I counted at least six of them. Having already paid for our tickets, I can't think why we were being subjected to this; we generally go to the movies to get away from commercials on television.

In the middle of the commercials, the sound was suddenly muted but the commercials CONTINUED while one of your employees kindly comes and asks us to donate a few dollars to the Will Rogers Institute. Fine, I give over all the singles in my wallet to assuage guilt, which I should not be feeling. I give plenty of time and money to charity and I simply do not like being strong-armed like this on a family outing.

However the employee is very personable and is able to put the audience at ease for which you should be very grateful. After she leaves, the fun really begins. The sound does not return immediately and we are left to watch the remaining commercials in silence.

A commercial with Prince (the rock star) comes on and I love Prince. I decide that it was worth all of the commercials to watch this one on a large screen and it would have been but there was STILL NO SOUND. I was not the only one displeased and there were several groans and general shouts.

Finally, the movie begins and the sound comes back. The audience settles in and Transformers begins to play. Which also wouldn't have been such a bad thing if we had not been there to see Harry Potter and the Order of the Phoenix.

Thinking that I might have directed my family to the wrong theater, I finally rise and ask if anyone else had been expecting Harry Potter. Everyone says yes in one accord and my husband and another woman's husband go to get help. At this point everyone applauds and they bow before they exit.

Just when Transformers gets good, the movie is cut and after sitting in the dark for several moments Harry Potter begins without sound. The two husbands make their trek again and once again, Harry Potter begins without sound. The sound comes up finally, so the movie is started again and we finally get to see it but by this time, we're all wishing we had just shut up and watched Transformers because the opening and therefore the entire beginning of the movie are pretty much ruined.

Due to budget constraints and ever rising ticket prices, my family does not get to go out to the movies often. I am 36, have been going to the movies since I was 4 and never in 32 years has this ever once happened to me. The additional time wasted put us a lot later getting home than we would have done and overall it was just not a pleasant experience. 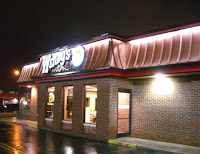 To Whom It May Concern:

Recently I came through the Wendy's drive through. I know that you were busy as there were several cars in the drive-through despite the late hour. However, your advertisements state, "Eat Great, Even Late" and although it is not your fault that I was simply too tired to cook dinner after cleaning all day and running several errands, we occasionally depend on you to provide our family a meal.

I was really worried about those juniors, because special orders can really be tricky. Alas, I need not have worried about the juniors, they were perfect, although the grilled chicken sandwich never made it into my bag at all. For all that I tried to check my order before I left the drive-through it was made difficult by the fact that every single item listed above (sans chicken sandwich) had been tossed into the same bag.

Once home, and left to explain to my mother that I had not forgotten her, the sandwich was simply left out, I decided to call Wendy's and explain that I would be coming back. This should have been simple, but it was not.

I had my receipt however the phone number printed on the receipt was not the store number but the general Wendy's 800 number. Finding this less than helpful and my dog having long ago chewed up our phone books, I turned to the internet. I was able to find the number quickly by using Wendy's website.

I called. The phone rang. No one answered after several rings. Thinking that I may have dialed incorrectly, I phoned again. I let it ring so long that eventually a recording came on saying "all circuits are busy, please try your call again". I hung up, called back. After about 15 rings, someone picked up the phone, I could hear workers in the background, and then immediately hung the phone up again without speaking.

At this point, I was angry. All I had wanted was to let someone know that I would be coming back and to please simply throw a darned chicken sandwich out the drive-through window at any red mini-van passing by. I got in my car, drove back, pulled up to the window, politely explained twice (they could not hear me the first time) that I had been missing a sandwich, upon which I was asked to "pull around" and they kindly gave me the correct sandwich to take to my mother. I did not ask if they had made a new one or if it was the same one I had left behind. I simply accepted it and left.

Needless to say, this is not the first time I have ever missed an item after coming through a drive-through, not even a Wendy's drive-though but the phone call situation was completely unacceptable on top of having to drive back in the first place. When I responded to your advertisement for a Rental Manager, and after our resulting interview in which you pronounced my qualifications "perfect", I felt reasonably sure that I would be quite happy working for you.

However, several days after the interview, you presented me with a written job description that listed several items we had not discussed and that I felt may have been a bit outside duties I was willing to perform such as:

- Walking your dog
- Picking up your dry cleaning
- Cleaning your main office (not in the building I was assigned to manage) including the bathroom, windows and washing the dishes

Although I expected a certain amount of cleaning when I accepted this position - policing the common areas of the building I was assigned to, maintaining my own office and the occasional tenant clean out - I certainly did not expect to become your personal maid.

Alas, it is with heavy heart that I tender my resignation.