Despising the Conservative Mindset, Part I 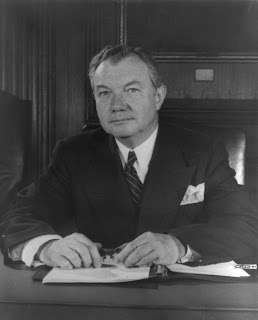 I can honestly say that I despise the conservative mindset.

I simply cannot understand people who object to everyone who is different from them and anything they do not like or believe. And it's not enough to simply object: anything and everyone they do not trust or understand must be, by default, wrong, outlawed, abolished or killed.

Lately, the conservative mindset regarding religion and the public domain seems to be coming more and more clear. It's like a redial to the days when there were Masters and there were surfs or peasants and never the twain shall meet.

Conservatives seem to want nothing to be held in the public trust. Everything from parks to schools to utilities must be privately held, preferably by someone rich and white. After all, who better to tell everyone else what to do?

Conservatives also seem to want to define the "correct" religion. Religion is to be Evangelical and Christian in nature and anything else is "suspect" except for The Islam and those Muslims who, as any conservative can tell you, are downright murderous terrorists led by Barack Obama who is on a secret mission to turn the American judicial system into one based on Sharia Law.

I wish I were joking. I wish that I were making all this up and that conservatives didn't really support these ideas. I wish that these were extreme ideas only being espoused on FOX by the likes of Beck or Limbaugh or O'Reilly.

But these views are given credence by all the Sunday morning news shows and even CNN and MSNB for all that they are supposed to maintain a "liberal" bias. If they do, I simply do not see it.

I see our country headed for Corporatism that, if left unchecked, will quickly de-evolve into facism.

I began to write this because I came across an article a friend posted on Facebook: Five myths about church and state. Number 5 was the most absurd thing I've read in a long time.

Are conservatives serious? Have they really taken the process of non-thinking so far that the very simply belief in "Freedom of Religion" is taken to the extreme view of "liberals are godless"?

At any rate, the article is worth a read, and, restoring my faith in Supreme Court Justices past and present, it seems Justice Robert H. Jackson crafted the perfect response to this vile rhetoric that conservatives would do well to remember for religious and non-religious matters:

“My evangelistic brethren confuse an objection to compulsion with an objection to religion. It is possible to hold a faith with enough confidence to believe that what should be rendered to God does not need to be decided and collected by Caesar.”

I think it long past time we stopped robbing the debates regarding our past and future of seriousness by pretending that the conservative mindset is a valid point of view. It isn't. We have already been down that road and there is no need to revisit the past for any other reason than as a reminder of what not to do.
Posted by ThatDeborahGirl at 2:35 PM 2 comments:

Why Do We Sing?

We are so many
For all the ways
We feel
Alone
Unique
Singular
We know the world is a crowded place
There are many like us
And the world does not stop
When we end
Maybe it is for that reason alone
That occasionally
One by one
We feel the need
To stand alone
And lift our voice to the heavens
And sing
We cannot match the angels
We do not try
We simply raise our song
In the hope that someone hears
Posted by ThatDeborahGirl at 11:13 AM No comments: