Todd Akin - The Irrational Elephant in the Room 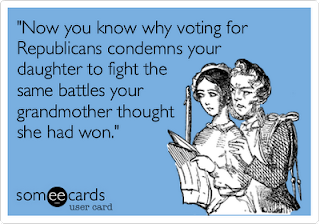 The recent 24/hour news cycle overkill finally comes to be useful covering reaction to Todd Akin's idiotic comments on why abortion isn't even necessary.  His full quote below defines everything I find reprehensible regarding conservatives in general and the Republican Party in particular.

Just in case you've been buried under a rock or haven't had time to read the full quote yet, here it is (video here at Crooks & Liars)

"It seems to me, first of all, from what I understand from doctors, that's really rare. If it's a legitimate rape, the female body has ways to try to shut that whole thing down. But let's assume that maybe that didn't work or something. You know, I think there should be some punishment, but the punishment ought to be of the rapist, and not attacking the child."  - U.S. Representative Todd Akin (R-MO)

It's that, until recently, this man was seen as a right-thinking, responsible and knowledgeable person. Largely, I suspect, by the mere fact that he is a relatively wealthy white male. How much credit Americans assign to others with only those credentials is still woefully real. That this man became a United States Representative and could go on to become a U.S. Senator without middle-school level knowledge of human sexuality - a matter that he has the power to make policy on- is terrifying.

White privilege and male privilege have the power of life and death over women in this country. Yes, in the United States of America - not some country where women walk veiled head to foot in extreme heat. Right here in the good old U.S. of A. men make policy and believe all kinds of crazy things that mean women at best will be ostracized and demonized for their decisions and daring to believe they have autonomy over their own lives; at worst, women die..

I talked to a friend of mine, who is black and male, and this issue came up. Despite having heard in the past few days that Akin was wrong, he admitted that not only had he heard the myth that a woman has a hormone or chemical that will allow her body to reject a pregnancy resulting from rape, he still kind of believed it was possible, it just couldn't be proved.

But I have heard that before.

But it's not true, I insisted. There is no such hormone or chemical. It does not exist.

He only conceded after I insisted. He only backed down after I refused to.

I'm still not sure he believes me. He is one of the smartest, kindest men I know.And yet he could believe something like this. He reminds me of the white people I work with daily who believe the most outrageous things about black people - it somehow escaped my notice that men believe the most idiotic and stupid things about women.

How this myth has shaped American views on abortion is downright scary. It is related to every double and triple standard we hold women accountable for. If she "doesn't" she's a prude. If she uses birth control she's a "slut". If she has an abortion she's an irredeemable whore.. If doesn't drown she's a witch, if she dies, she's innocent.

Akin finally exposed the elephant in the room - that much of Republican policy is based on myths, lies and old-fashioned beliefs that have no place in the modern world. It is not enough for Republicans to deny science and statistics and facts. They must replace them with lies - false science, wives tales or really any rumor will do.

It's not just this bit about abortion. (Read: 12 Republican Myths that are Killing Us) Republican myths and Republican money set policy on so many issues - from Global Warming to Healthcare; Wildfires to Lyme Disease; There are entire website to debunking Republican lies and yet they never quite lose an audience who wants to believe them.

Republican myths and lies put us all at risk, women in particular.

It is vile and disgusting to look in the face of the American people - to look in the world's face- and lie. Whether they are lies you truly believe in through determined ignorance or lies you tell because your party must win at all costs.

They are still lies. We elect these people to not only represent us, but to represent the truth. To find out the best ways to help us all.

And what we get are lies and damned lies. People who are willing to line their pockets with lies and our tax money.

To be, and vote, Republican is to be delusional.

It is to ignore the elephant in the room.


Posted by ThatDeborahGirl at 5:03 AM No comments:

Something Worth Fighting For 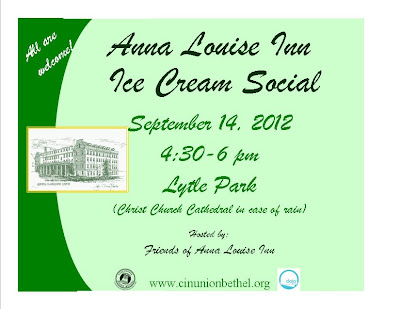 
"The president and CEO of the National Fair Housing Alliance has issued a statement regarding the Anna Louise Inn:


The Anna Louise Inn provides valuable and much needed services to women in need of affordable, safe housing. The National Fair Housing Alliance is watching with concern the efforts of the Inn to stay in its downtown Cincinnati, Ohio, location in the face of neighbor opposition. The National Fair Housing Alliance is a consortium of private, non-profit fair housing organizations, state and local civil rights agencies, and individuals from throughout the United States dedicated to ending housing discrimination.


The National Fair Housing Alliance, HOME of Cincinnati, and its members nationwide work hard to eliminate the illegal discrimination that still exists today. It is a basic tenet of the federal Fair Housing Act that neighbors cannot prevent someone from living in a neighborhood because of discriminatory prejudice and stereotypes. The fair housing laws do not simply apply to landlords and real estate agents; they also apply to neighbors who try to drive someone out of their home through harassment, intimidation, or coercion.


In addition, the City of Cincinnati has a duty to under the federal Fair Housing Act to affirmatively further fair housing, which involves assessing barriers to housing choice and taking actions to counteract any barriers. Nationally, downtowns are being redeveloped as more people realize the benefits of living an urban life style; but such redevelopment efforts should not be accomplished to the detriment of integrated, mixed-income neighborhoods. Cincinnati has an obligation to analyze potential barriers in this case and to take action to work to ensure inclusion in its urban redevelopment efforts.

Posted by ThatDeborahGirl at 2:29 PM No comments: