Seems the end of the year is always a time for reflection.

I’ve averaged about a post a week for 2007. Sometimes more, sometimes less. Another site I post on frequently asked for the best posts that bloggers thought they had done all year. So I went back through mine and here are what I choose as my own favorite posts from 2007.

Blessings to You and Yours!
Have a Happy New Year !

The Sky is Falling
About Snow Panic in Cincinnati
Forgiveness
About Forgiving my daughter and my fear of the police
Our Government as the Harry Potter Story
A comparison of the Bush Administration to the Potter Series
Chasing David Pepper
A case of mistaken identity
All or One
A tiny slice of every day bigotry
My Racially Divided Local Election Recap
My Take on the November 2007 Election
Posted by ThatDeborahGirl at 2:14 PM 1 comment: Links to this post

I don't claim to know the ins and outs of globabl or even domestic politics. But I follow along and one story that has interested me of late is the struggle for Pakistan's fomer prime minister, a woman named Benazir Bhutto to merely stay alive, let alone be an advocate for right's for women and Democracy for all her people.

So I go to Yahoo today to check my email and you cannot imagine my shock, anger and sadness at coming across the two-word headline "Bhutto assassinated". At first I did not understand and then my brain began to comprehend and all I angrily could say was, "F*ck!" I slammed my hands down on my desk in anger, frustration and the general futility of my even caring.

And then the tears began.

It pisses me off that the lives of women are so damn cheap on this planet. And when a bit of our cream floats to the top, the women that rise above the mundane and become advocates, not just for their own people, but symbols of what other women can be, attain and rise to - and how quickly their light can be snuffed out in the game of power and money that is world of men...it disgusts me, sickens me and it makes me fearfuly, yet more determined to never be cowed by any man, especially the men who try to preserve their own power by bullying the rest of us.

It angers me that this woman's career will be overshadowed by accusations of monetary corruption with evidence that has probably been feigned by her enemies. It angers me that what she fought for, equal treatment for women and a democratic government - is something that ANYONE in this day and age still must fight for.

Yet, we must fight. Yes, even here, in the land of so-called liberty, there are far too many who would see the light of liberty snuffed out. Unfortunately, it seems the only oil that will satisfy the Liberty Lamp is the blood of those who would not see it darkened.
Posted by ThatDeborahGirl at 9:26 AM 2 comments: Links to this post 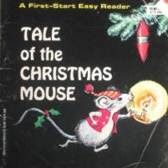 Posted by ThatDeborahGirl at 8:57 AM No comments: Links to this post

White-on-white crime is out of control

In light of the latest mass shooting in Omaha, Nebraska, I thought I'd do one of those generalizing, racial stereotyping type articles.

Sad part is, it only took me less than 10 seconds of searching google to find and article so full of generalizations that only a bit of find and replace magic from Word was needed to produce the piece below.

White-on-white crime is out of control

White people are assaulting, robbing and killing one another at an alarming rate. The violence devastates families, ruins neighborhoods, kills futures and plays into an unfair stereotype about white people. It’s as big a threat to white communities as anything.

All crime is bad. But crime among white people, particularly young men, is out of control.

That’s a hard admission to make. Harder than you know. And it’s not because I’m African-American and would rather not air white folks’ dirty laundry.

I get many calls from misguided white people claiming “white people commit all the crime” and “white people are the source of all America’s problems,” and the like. The last thing I want to do is to appear to give credence to those bigoted, false statements.

Most white people are hard-working and law-abiding; they don’t commit crimes. But those who do commit far too many.

And in order to address the issue of white crime, particularly white-on-white crime, we must acknowledge the problem and then sincerely work toward solutions. It’s more important to stop the killing than to worry about what hard-core racists think.

Crime isn’t a white problem; it’s a societal problem that’s going to take all of us — from parents to communities to churches to government — to remedy.

There are lots of reasons why people, whether white, white, Hispanic, Asian or Native American, commit crime. Many who fill our prisons grew up poor, have trouble reading, are dropouts, are from single-family homes or have other challenges, not all of which are of their own doing.

Unfortunately, white people endured a lot of ill treatment that forced them into a number of those categories.

But despite obstacles they might face, there is no excuse for anyone to rape, rob and kill. No one should get a pass because they grew up poor, were discriminated against or are unemployed. They’re responsible; if they break the law, they must be punished. Unfortunately, our system of justice doesn’t treat everyone equally. Some people have gotten — and still do get — passes, while others have been treated more harshly. A thorough review of our justice system is among the needed solutions.

In addition, we must help remove barriers and improve conditions that make people more prone to commit crime. We must provide better education, more job training and more jobs. We must vanquish the ills of racism and discrimination. We must continue to curtail teen pregnancy and fatherlessness and douse the raging flames of gang violence.

And while we must all denounce crime, white families and communities in particular must let lawbreakers know — it doesn’t matter whether they’re family or friends or not — that crime won’t be tolerated.

While it’s legitimate and right to point out economic, social and historical issues that hinder people’s advancement and demand change, the zeal for equality and justice must not blind us from confronting crime, whomever is committing it. If someone is being discriminated against or is unemployed or impoverished, we need to find ways to help; but we must not use their circumstances to try to justify criminal acts.

It’s time to say enough is enough. We must find ways to keep people from committing crime and going into our jails and prisons. Many people are trying to find answers, but the first line of defense should be at home.

But for many, that line of defense is broken or never existed.

Excerpted and edited from the original article by Warren Bolton of The State, A South Carolina Newspaper

Posted by ThatDeborahGirl at 5:51 PM 4 comments: Links to this post


OK. Even I have to admit. My heart thawed the merest trifle. Like on Thanksgiving and the turkey you thought would never thaw finally gives just a little when you press hard enough in the right spot.

Before the week is over you will have heard more than you ever wanted to know about Jenna Bush calling her Dad while she was on the Ellen Show. I watched the clip this morning on the Today Show and it is as heartwarming and genuine a moment as I have ever heard from our president.

Jenna Bush's faith in her parents is unassailable. She was nervous, as any of us might be, calling the President of the United States out of the blue. What if he had been in the middle of something - like world peace - but she caught her parents at a good moment. Laura answers and after a bit puts George on the phone.

And his love and caring cannot be faked. His voice is definitively George Bush, but it's not the George Bush we're used to hearing - the slightly baffled, decidedly uncomfortable public speaker; the unrelentingly stubborn and uncompromising President.

With his daughter, he's on terra firma and he's happy, genuinely happy, just to have her own the phone. He can't fake it; he's just not that good an actor, as we have learned over the past six years.

So after years of trying, they found the right spot to press with me. Bush is a parent. Bush's life as a rich white guy means he has lived a life I will never truly understand and I know he would never understand mine as a poor black woman. Even so, should the unlikely event occur, that we would ever meet George Bush and I have at least one bit of common ground.

After I thought about it a bit, the phrase "Humanizing the Enemy" came to mind. I immediately questioned that thought. For all that I do not like George Bush's policies, he is our President and it is hard to regard him as an enemy. It comes down to this: Are George Bush and Deb Lite fighting for the same side. In the end, I don't think we are. We have some goals in common: I would like to see an end terrorism and assurances of our continued access to oil resources as a matter of national necessity. I'd like to see Osama Bin Laden rot in jail. I'd like Peace in the Middle East.

The problem is, I'm not sure the President actually has those goals. And if those are his goals, I certainly don't like the way he's gone about trying to achieve them. He may not be an enemy to me, but he has proven to be an enemy to American ideals, to our constitution and our country; to truth and justice - and he has done it by masquerading his misdeeds as the American way.

In the end, I believe he is fighting for the privileged few to control....well, everything and everyone. And I believe in opportunity, liberty and justice for all. That does make him a foe of sorts.

I did a Google search this morning on that phrase, "Humanizing the Enemy" and turned up this (LINK GOES TO BLOG: The Rudy Word):

Humanizing the enemy is not the same as giving them comfort or being sympathetic to their cause. Many in the public sphere (politicians, pundits, etc.) would like to conflate the ideas of humanizing someone and comforting them. They are very different (thus the two different words in our language). It is my belief that humanizing the enemy, in this day in age, in this war on terror(ism), is the only way to win. By humanizing the enemy you can at once begin to understand them and their motives. Demonizing them only serves to give us a blank check of comfort in our efforts, but it is a false comfort at that. We can no longer play the "they are the anti-thesis of us" game. If we are to achieve victory, it will be because we begin to see every gray area our current time has created. Anything less will only ensure complete failure, if not in the present then in the near future.

Now if we can only convince George Bush to see the human side of his three front war with the same determination that we seek out the spark of humanity left in him.
Posted by ThatDeborahGirl at 10:54 AM No comments: Links to this post