Why I Don't Trust CPD 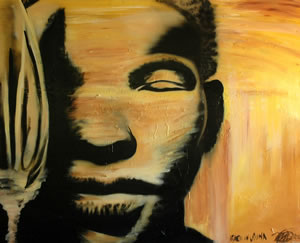 Part Two - The second part of this story is hard for me to write. I've been putting it off all week and I finally know why.

A family's "Remember When" stories are not always about the good times. They can also be about the bad times you shared; stories that weren't stories when they happened. They were real events to be lived through and tried by. Only through a prism of distance and time do these events, under the best circumstances, become a source of shared laughter. Some events, even ones that are not tragedies can still be a tender spot. Years distant from this event, I have laughed about this story but writing the events down has touched a sore spot in my soul I didn't realize was still there.

My daughter was going to be two years old in a few months. She was growing up and fast on her way to becoming a demanding toddler rather than the quiet baby I had been living with. One of her latest obsessions at that time was orange juice. Any juice that wasn't the color of orange was met with her disdainful, baby "No, no. DUCE, DUCE!" I had to water it down a bit for her but she absolutely loved the stuff, downing it greedily whenever she wasn't dousing the house with OJ, waving around her sippy cup for the sheer glee of having her favorite drink.

My baby was asleep and I was sitting in the hallway of our apartment building talking to a neighbor. She was also a single mom, with a baby of her own, a few months younger than mine. She had moved in after I did and we quickly became friends. We chatted often like this, after our babies were in bed, and we would go over our days with them as only mothers can. I remembered suddenly that I was out of orange juice. My daughter would be up long before the nearest store opened and if I wanted juice I'd better go then. My neighbor would keep an ear out for both babies (both our doors were open) while I ran down to the drive-thru on the corner.

I walked out into the chill night air with only a few dollars in my pocket, not exactly happy, but not unhappy. The drive-thru would be closing soon and there was a short line of folks trying to get whatever they needed to get them through the night or the next morning. I hadn't been in line long when a few people got in line behind me. They were loud talking, laughing, just having a good time. One of the guys noticed me.

"Hey, wassup?" The tired line of young men everywhere trying to talk game. I ignored him.

"What, you too good to talk to me? Wassup girl?" He said it like he was demanding a response. I really couldn't have cared less.

"Nothing," I said shortly without even turning around.

He said something to his friends that all made them laugh. He kept trying to talk game and I just didn't care. He was talking and laughing and then he bumped into me. He did it on purpose and by then I was more than annoyed.

I knew I didn't have a chance boxing but I was a hell of a wrestler and I had always been taught that a woman's strength is in her legs. I was able to get him off balance and before I knew it, we were rolling around on the ground, tussling.

I suppose he'd thought it would be an easy fight but I was determined to go down swinging. Suddenly he went from fighting me to trying to get away from me. He managed to push himself away from me and got to his feet. Although there were plenty of people standing in the drive-thru, not one person stopped this man from hitting me or tried to break up the fight. Now that he was on his feet, another man (finally) helped me up. He and another man stood between me and the punk who'd been hitting me, pushing him back when he tried to attack me again. The two men started discussing how to get me home safely. Finally, someone was willing to help me. I started to cry.

Then the police came.

Someone from inside the drive-thru had called them. They cut their sirens short but left their lights on. People started scattering left and right. A few people stayed just to see what would happen.

This had to be the most humiliating night of my life.

There were two officers, one man, one woman. One of the men inside the drive-thru came out and told them that he had called. He only knew there had been a fight from all the commotion outside. He hadn't actually seen what had happened.

The female officer went over to the guy who had hit me and asked him for his version. The male officer stayed with me. We both told them our sides of the story. Then the male officer asked me a question.

"Is he your boyfriend?"

"No. I never saw him before today. I don't even know his name. I told you, he kept trying to push up on me and I called him a punk and then he started hitting me."

At this point, I was annoyed and I saw where they were headed but I was determined to make this clear.

"He is NOT my boyfriend. I do not know him."

"Ok, OK, you don't know him. Would you be willing to file charges against him?"

"Yes. I have to tell my neighbor to keep a watch out for my baby but I'll go with you right now." I was very shaky and I wanted to get away from this scene and I really wanted to leave with the police.

The female officer came over at this point. She actually left the Jerk standing by himself with his group of friends. I guess they could have caught him if he ran, but the fact that they left him alone made me angry. Despite the fact that the police were there, I in no way felt safe. If anything I felt more threatened.

The female officer asked me the same question. "Are you his girlfriend?"

"I am NOT his girlfriend."

I repeated the whole story to her and then the two police officers walked away from me to have a conversation.

There was nothing and no one standing between the Jerk and me. He could have run over and started hitting me again. I guess he wasn't stupid enough to do it in front of cops, but they made no effort to remotely protect me at all. They simply walked away, leaving him only a few feet away.

They looked annoyed but they did not make me go away. They simply continued their conversation as if I were not there.

"Look," the male cop said, "I know she says she's not his girlfriend, but I think this is just some domestic squabble. We can just drop him off around the corner and if she wants to file charges, she can do it in the morning."

"Can't I go and file charges now? Can't you take me to the police station now? He is not my boyfriend! He's just some guy who started hitting me."

"Look, we can't waste time taking you down to the police station over something you're probably gonna feel different about tomorrow. If you really want to press charges you need to go on down to (I don't remember after all this time where he told me to go) and do it tonight because tomorrow morning we're dropping this.

"I only live up the hill, could you at least give me a ride home?"

They didn't respond. They simply went over to the guy and talked to him. I guess they decided they couldn't waste time putting him in the car and dropping him off around the corner because they left him right there. Then they got into their cars and left.

I walked home alone, looking back over my shoulder every step of the way.

When I got there, I told my very worried neighbor what had happened. She had heard the police sirens and I had taken far too long for just a bottle of orange juice. She took my daughter to her apartment while I cleaned up and got ready to make the lonely trek to the police station.

Filing the charges was uneventful and obviously routine. I simply gave someone my statement, signed this and that. They told me that if I didn't show up in court, the charge would be dropped. Then I was done.

Except for the bruises and the hole inside me, it was as if nothing had happened at all.

There would be no orange juice the next day. We had groceries and household items enough to get through until my next check but that was the last money in the house. I had used the orange juice money to get to the police station and back.

My parents had been out of town. When they got back and I told my mother what happened she was concerned. She made sure we kept track of the court date. She went with me when I finally did testify. You may be interested to know that he was being tried on several charges that day and mine was one of many.

What my mother had the hardest time understanding was the behavior of the police on the scene. She could not believe the police had not treated me with the same courtesy they had shown us during the "Naked Man Story".

It was easy to see why they hadn't. We had been telling the story as a family and neighbors; Preacher father, schoolteacher mother, daughter with their baby granddaughter; friends and neighbors. It's hard to deny that many people in a group telling the same story. Together we had credibility. If we had all gotten together and said "The Cincinnati Police Department" killed this naked, vulnerable, druggie for no reason other than the fact that they were too lazy to "waste the time" to figure out how to bring him out alive, we could have been believed. And as the officer said at the time, "They didn't want the perception that the police had killed him."

However, with the "The Jerk at the Drive-Thru" story, there's only me, The Jerk and lots of people who were there but who really didn't want to be involved. I had no status as daughter of a Preacher and Schoolteacher or even innocent bystander as far as the police were concerned. In their eyes, I was too poor and too blinded by my emotions for my "boyfriend" to be worthy of their time.

I learned from this incident that if the police feel their asses are on the line (say, if they murder someone in front of you) then they will treat you with the utmost courtesy. If you are an every day citizen who is being attacked, don't be poor and alone.

They simply will not care.

And that is why I do not trust the Cincinnati Police Department.
Posted by ThatDeborahGirl at 10:27 AM